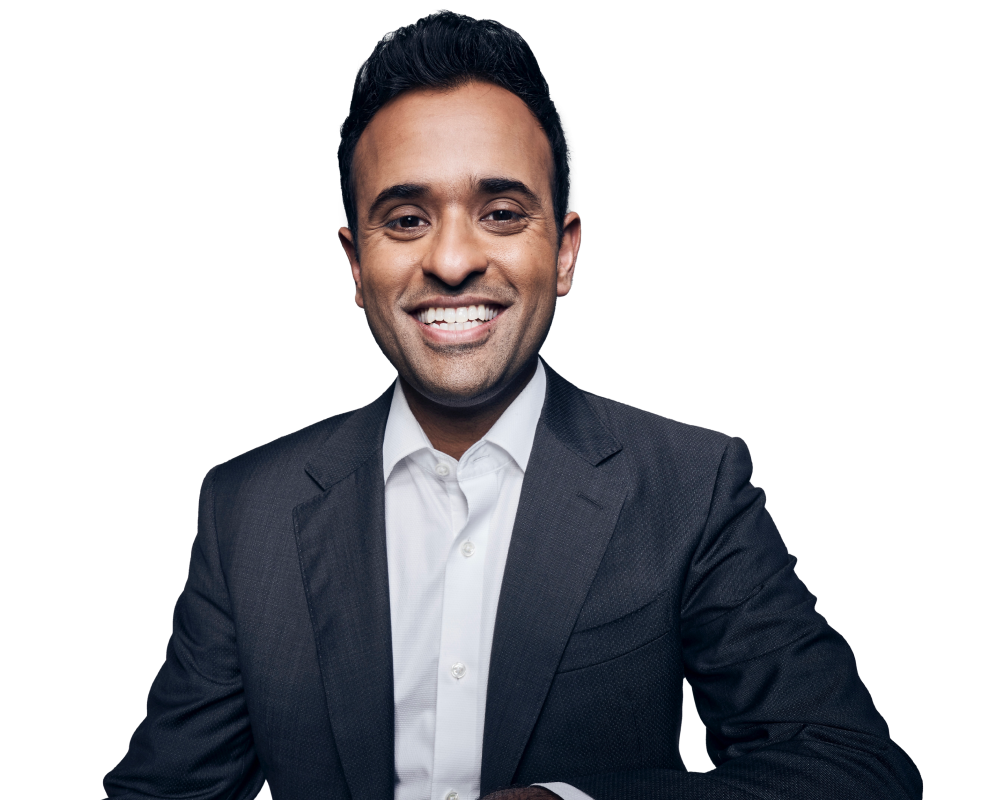 Vivek Ramaswamy is a New York Times bestselling author and an entrepreneur who has founded multiple successful enterprises. A first-generation American, he founded Roivant Sciences in 2014 and led the largest biotech IPOs of 2015 and 2016, eventually culminating in successful clinical trials in multiple disease areas that led to FDA approved products. He has founded other successful healthcare and technology companies, and in 2022, he launched Strive Asset Management, a new firm focused on restoring the voices of everyday citizens in the American economy by leading companies to focus on excellence over politics.​​

In 2020, he emerged as a prominent national commentator on stakeholder capitalism,free speech, and identity politics. He has authored numerous articles and op-eds which have appeared in The Wall Street Journal, The New York Times,and Harvard Business Review and regularly appears on national television networks including CNBC, Fox Business, and Fox News Channel.